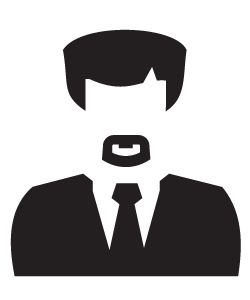 As someone who doesn't always have a tremendous amount of patience, it is never easy to deal with cars that are in the shop. Fortunately, a friend of mine taught me how to repair my vehicle, and it really helped me to save a significant amount of money in the long run. Whenever something broke, I would simply figure out how to get it fixed, and things were incredibly straightforward. This site is here to teach you all about auto repair and being able to find the parts you need without all of the hassle. Check it out for great tips to make your next repair a little easier.

The quality of the brake pads on your car will det …

If your vehicle has reached the end of the road an …

Air impact wrenches are a ubiquitous tool of the t …

Take It Up A Notch: Aftermarket Repair Parts That Can Improve Your Car
9 June 2021

Many car owners opt for genuine or original equipm …

Everyone knows that professional pit crews are responsible for some of the most impressive displays of mechanical prowess on or off of a race track, but have you ever wondered about the technology behind it? For modern, high-end pit crews, one of the most conspicuous pieces of technology found in the pit box is the timing stand. This is a high-tech command center that the team uses to both monitor their cars and assist in maintenance work when those cars arrive in the box for a pit stop. It can look impressive from afar, but it's even more incredible up close.

One potentially confusing bit of terminology is the phrase "pit box." The term is generally used to describe the team's area in the pit lane, but it's also often used to describe the physical box or carts that are used to contain equipment and supplies. These may also be referred to as garage boxes or simply carts. Although they have evolved over the years, pit boxes are similar in many ways to the mobile toolbox carts used in most auto shops. Teams bring their own boxes to the track with everything needed to maintain their vehicles and run the race.

Timing stands are a somewhat more complicated piece of pit-side equipment. These are also sometimes referred to as pit boxes since many timing stands are integrated into carts that are also used for tool storage or other purposes. Timing stands are high-tech workstations that generally include multiple computer stations, server equipment, and specialized diagnostic and testing hardware. Many timing stands actually include platforms that fold out of the top of the cart, allowing crews to have a higher seating position with a better view of the track.

What Do Timing Stands Do?

Imagine a use for technology at the track and timing stands can probably handle it. For professional racing crews, timing stands are used to monitor everything from the weather to live footage from the car itself. Timing stations with diagnostic equipment (generally referred to as engineering stations) can also help crews to monitor the cars themselves and assess any trouble that might be developing. These stations have diagnostic tools that can be plugged into the cars, but some also display information that is transmitted wirelessly from the vehicle.

The incredible amount of technology found in timing stands is useful both on and off the track. While it is important for crews to monitor their vehicles during races for safety and performance, these stations are just as useful during testing. While cars are being tweaked, modified, and repaired, timing stands allow engineering teams to see what works and what doesn't. This provides valuable information that can be used during races in addition to experience and training that better allows crews to anticipate problems and help their drivers go for the gold on the track.